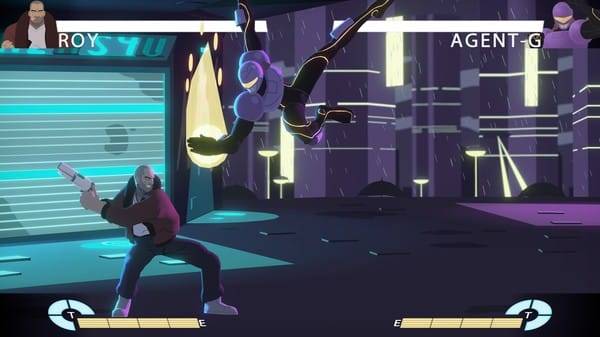 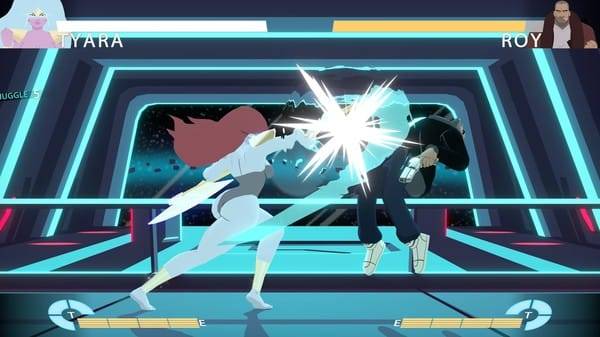 Punch Planet is developed by 3 longtime competitors. Our focus is to create a fighting game with a solid foundation of competitive mechanics while also introducing a new depth of story, humor, and design.

Roy, an undercover Detective for the Luna PD is caught up in a galactic conspiracy. Framed for a high profile murder, he must follow his only lead to Planet K-0. Known to many as Punch Planet, it is the central hub for the evil scum of the Universe. There, he will have to track down the real murderer and bring them back to his home world in an attempt to clear his name.

Versus CPU Mode (AVAILABLE NOW!)
Battle against the CPU with multiple difficulty and behavior settings.

Story Mode (RELEASE TBD)
Story mode will include Animated Cutscenes, Arcade, Bonus, and Survival Style challenges as you play as Roy through the main story arc.

Time Canceling (T-METER)
Galactic Civilization has reached new heights. With the introduction of Time Canceling Devices, users are able to travel through time! The technology is fairly new and limited, currently allowing travel up to 1 second into the past for small corrections to everyday problems. The devices come equipped with an auto fail safe which will disintegrate your former self preventing any possible time paradox.